The following speakers have graciously accepted to give keynotes at NAACL 2021. 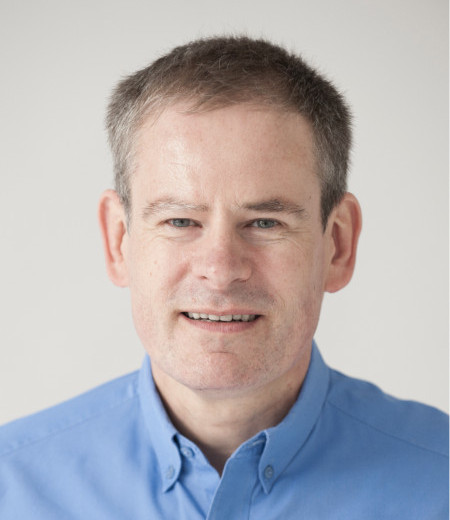 Humans Learn From Task Descriptions and So Should Our Models

We introduce Pattern-Exploiting Training (PET), an approach to learning that mimicks human learning in that it leverages task descriptions in few-shot settings. PET is built on top of a pretrained language model that “understands” the task description, especially after finetuning, resulting in excellent performance compared to other few-shot methods. In particular, a model trained with PET outperforms GPT-3 even though it has 99.9% fewer parameters.

In the last part of the talk, I will show how bias in NLP models can be addressed using task descriptions. Instructing a model to reveal and reduce its biases is remarkably effective and may contribute in the future to a fairer and more inclusive NLP.

Hinrich Schütze (PhD 1995, Stanford University) is Professor for Computational Linguistics and director of the Center for Information and Language Processing at the University of Munich (LMU Munich). Before moving to Munich in 2013, he taught at the University of Stuttgart. He worked on natural language processing and information retrieval technology at Xerox PARC, at several Silicon Valley startups and at Google 1995-2004 and 2008/9. He is a coauthor of Foundations of Statistical Natural Language Processing (with Chris Manning) and Introduction to Information Retrieval (with Chris Manning and Prabhakar Raghavan). Ever since starting his PhD in the early 1990s, Hinrich’s research interests have been at the interface of linguistics, neural networks and computer science. 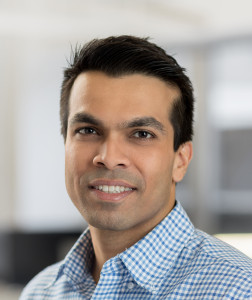 From Disembodied to Embodied Multimodal Learning

Embodied AI is the science and engineering of intelligent machines with a physical or virtual embodiment (e.g., robots and egocentric personal assistants). Imagine walking up to a home assistant robot and asking “Hey robot – can you go check if my laptop is on my desk? And if so, bring it to me”. Or asking an egocentric AI assistant (operating on your smart glasses): “Hey – where did I last see my keys?”. The embodiment hypothesis is the idea that “intelligence emerges in the interaction of an agent with an environment and as a result of sensorimotor activity”. In this talk, I will argue that we should take the embodiment hypothesis (and it implications) seriously. And I will weave through a line of work happening at my group at Georgia Tech and with collaborators at FAIR illustrating the shift from disembodied vision-and-language (multimodal) agents towards such embodied agents.

Dhruv Batra is an Associate Professor in the School of Interactive Computing at Georgia Tech and a Research Scientist at Facebook AI Research (FAIR). His research interests lie at the intersection of machine learning, computer vision, natural language processing, and AI. The long-term goal of his research is to develop agents that ‘see’ (or more generally perceive their environment through vision, audition, or other senses), ‘talk’ (i.e. hold a natural language dialog grounded in their environment), ‘act’ (e.g. navigate their environment and interact with it to accomplish goals), and ‘reason’ (i.e., consider the long-term consequences of their actions). He is a recipient of the Presidential Early Career Award for Scientists and Engineers (PECASE) 2019. (Full Biography) 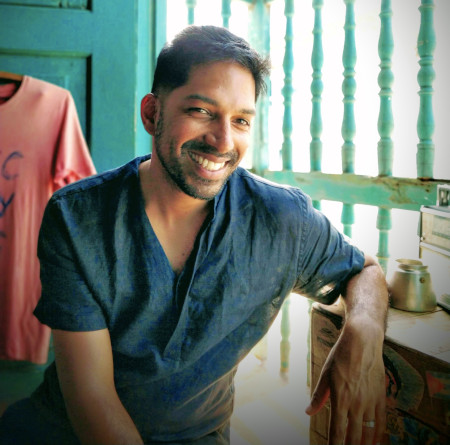 We are going to play with the meaning and implications of the word ‘generative’ in this talk. A generative approach to machine learning is now widely-established, and we now have techniques to generate, simulate, confabulate and fake all sorts of data we can find, natural language included. Using my own research, I’d like to review the statistical foundations of this generative approach and some of the questions that still seem open to us. Yet, no act of generation exists outside of the social world. So, I’d like to also explore how these technical questions are instead social questions. I’d again like to use my own experience to explore the sociotechnical theories that can direct us towards a more critical practice of machine learning. This leads to a generative field of machine learning that transforms criticism into productive alternatives: a field that continues to seek creative solutions for challenging problems, but is more deeply embedded, concerned and responsible for the new technological realities it seeks to generate.

Dr Shakir Mohamed works on technical and sociotechnical questions in machine learning research, aspiring to make contributions to machine learning principles, applied problems in healthcare and environment, and ethics and diversity. Shakir is a research scientist and lead at DeepMind in London, an Associate Fellow at the Leverhulme Centre for the Future of Intelligence, and a Honorary Professor of University College London. Shakir is also a founder and trustee of the Deep Learning Indaba, a grassroots organisation aiming to build pan-African capacity and leadership in AI. Shakir was the General Chair for the 2021 International conference on Learning Representations, and a member of the Royal Society’s Diversity Committee. 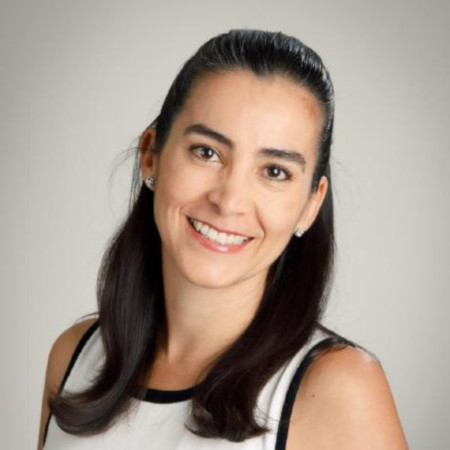 Multilingual speakers are known to mix their languages when communicating with other multilingual speakers in what is called code-switching. While worldwide monolingual speakers are outnumbered by multilingual ones, most of the NLP technologies being developed nowadays target monolingual speakers of a handful of languages. This is also true of multilingual models that, although designed to process many languages, still assume a one language per input setting. These multilingual models have been shown to decrease performance when the input has code-switching in several tasks, including language identification, part of speech tagging, named entity recognition and machine translation. In this talk, I will give an overview of recent work that aims to address the linguistic challenges that code-switching poses to state of the art models, where the goal is to leverage pretrained models from high resource languages. This code-switching research is part of my long term goal of increasing the coverage of human language abilities by NLP technologies, disrupting the status quo of non-equitable systems.

Thamar Solorio is an Associate Professor of the Department of Computer Science at the University of Houston (UH). She holds graduate degrees in Computer Science from the Instituto Nacional de Astrofísica, Óptica y Electrónica, in Puebla, Mexico. Her research interests include information extraction from social media data, enabling technology for code-switched data, stylistic modeling of text and more recently multimodal approaches to online content understanding. She is the director and founder of the Research in Text Understanding and Language Analysis Lab at UH. She is the recipient of an NSF CAREER award for her work on authorship attribution, and recipient of the 2014 Emerging Leader ABIE Award in Honor of Denice Denton. She is an elected board member of the North American Chapter of the Association of Computational Linguistics (2020-2021). Her research is currently funded by the National Science Foundation and ADOBE, and in the past she has received support from the Office of Naval Research and the Defense Advanced Research Projects Agency (DARPA). 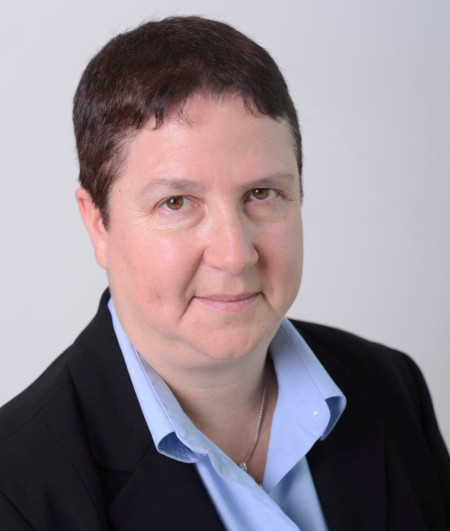 Project Debater - from grand challenge to business applications, behind the scenes and lessons learned

Project Debater started as an IBM grand challenge idea in 2011, and eventually competed on stage with a world-renowned debater in 2019. The team has since been further developing the underlying technology, applying it to various business use cases, and is providing access to the underlying tech for non-commercial use. In this talk I will provide a behind the scenes perspective on developing such a project from an idea to a machine that can debate humans, highlight some of the technical innovations including the recent publication in Nature, and discuss various business applications of the technology and how it fits in the overall Language Strategy for IBM Research.

Dr. Aya Soffer is Vice President of AI Technologies for the IBM Research AI organization and the Director of the IBM Research - Haifa lab. Her Research focus is natural language understanding and conversational systems and their application in customer care and other enterprise applications. In this role Dr. Soffer is responsible for setting the strategy and working with IBM scientists around the world to shape their ideas into new AI technology, and with IBM’s product groups and customers to drive Research innovation into the market. In her 20 years at IBM, Dr. Soffer has led several strategic initiatives that grew into successful IBM products and solutions in the Big Data and AI space including the original Watson system and more recently Project Debater. She has authored over 50 peer-reviewed papers and served as an invited speaker in numerous conferences. 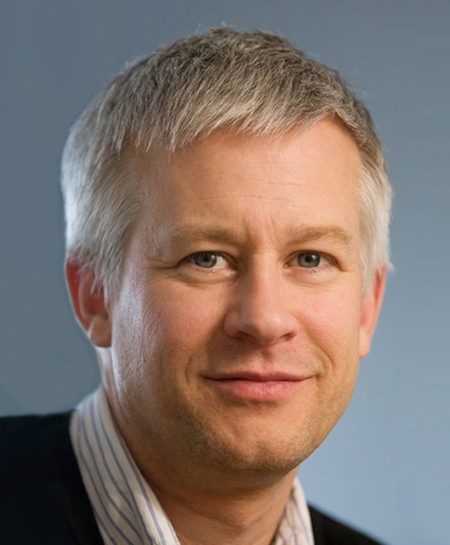 Semantic Scholar (S2) is a 40 person effort at the Allen Institute for Artificial Intelligence that drives a website used by almost 100M people each year. Our mission is to accelerate the progress of scientific research with augmented intelligence - advanced tools that make it easier to find relevant research, digest it quickly, and make connections between different problems and approaches. This talk will survey some of the NLP advances underlying S2, from the identification of emerging scientific concepts to extreme abstractive summarization, full-document understanding, and fact checking.

Daniel S. Weld is Thomas J. Cable / WRF Professor in the Paul G. Allen School of Computer Science & Engineering, manages the Semantic Scholar research group at the Allen Institute of Artificial Intelligence, and is Venture Partner at the Madrona Venture Group. After formative education at Phillips Academy, he received bachelor’s degrees in both Computer Science and Biochemistry at Yale University in 1982. He landed a Ph.D. from the MIT Artificial Intelligence Lab in 1988, received a Presidential Young Investigator’s award in 1989, an Office of Naval Research Young Investigator’s award in 1990, was named AAAI Fellow in 1999 and deemed ACM Fellow in 2005. Dan was a founding editor for the Journal of AI Research, was area editor for the Journal of the ACM. Dan has co-founded three companies, Netbot (sold to Excite), Adrelevance (sold to Media Metrix), and Nimble technology (sold to Actuate).